Could $20-Per-Gallon Gasoline Make Us Happier?

When it's time to fill up the gas tank, many fear the price of gas will return to the $4-a-gallon days of last summer. But according to author Chris Steiner, our lives would be a lot happier and healthier if gas prices rose into the double digits. Steiner explains himself, and the title of his book: $20 Per Gallon: How the Inevitable Rise in the Price of Gasoline Will Change Our Lives for the Better.

Amazon.com Review
Imagine an everyday world in which the price of gasoline (and oil) continues to go up, and up, and up. Think about the immediate impact that would have on our lives. Of course, everybody already knows how about gasoline has affected our driving habits. People can't wait to junk their gas-guzzling SUVs for a new Prius. But there are more, not-so-obvious changes on the horizon that Chris Steiner tracks brilliantly in this provocative work. Consider the following societal changes: people who own homes in far-off suburbs will soon realize that there's no longer any market for their houses (reason: nobody wants to live too far away because it's too expensive to commute to work). Telecommuting will begin to expand rapidly. Trains will become the mode of national transportation (as it used to be) as the price of flying becomes prohibitive. Families will begin to migrate southward as the price of heating northern homes in the winter is too pricey. Cheap everyday items that are comprised of plastic will go away because of the rising price to produce them (plastic is derived from oil). And this is just the beginning of a huge and overwhelming domino effect that our way of life will undergo in the years to come. Steiner, an engineer by training before turning to journalism, sees how this simple but constant rise in oil and gas prices will totally re-structure our lifestyle. But what may be surprising to readers is that all of these changes may not be negative--but actually will usher in some new and very promising aspects of our society. Steiner will probe how the liberation of technology and innovation, triggered by climbing gas prices, will change our lives. The book may start as an alarmist's exercise.... but don't be misled. The future will be exhilarating.

Amazon.com Review
Q&A with Christoper Steiner, the author of $20 per Gallon: How the Inevitable Rise in the Price of Gasoline Will Change Our Lives for the Better

Steiner, an engineer-turn-journalist, explains how the simple but constant rise in oil and gas prices will change our lifestyle, but not necessarily for the worse. Read this Q&A to find out more about this revolutionary theory. 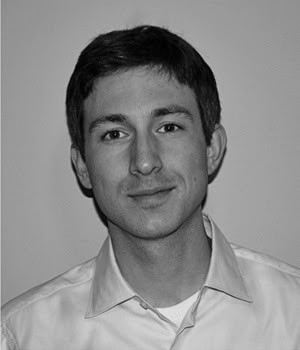 Gas prices are going up again this summer, but are you really suggesting prices might rise to $20 a gallon?

That figure lies far ahead in the future; it's hardly an imminent thing. But most people don't require much convincing to know that $2 gas isn't sustainable for the long term. Oil is a finite resource that the whole world demands--a world that grows more gasoline consumers every day. It's important to understand that this book isn't about oil statistics, it's about our lives and the ways in which we live will change.

What do you hope readers will gain from reading your book?

Readers should gain an appreciation for the kind of change that lies behind the growing price of gas. Weaning ourselves from gasoline isn't a scary thing, it's an exciting thing. We're talking about cleaner environments, more walkable lives, better public transportation and more vibrant cities.

What are some of the surprising ways you think rising gas prices will change our everyday lives?

I don't think people realize how close our airline industry is to an all-out collapse. The book details a massive airline extinction at $8 per gallon, and in fact, serious change could take place even before then. It's certainly not something that should be celebrated, but the collapse of that industry will open the door to new ones, such as widespread high-speed trains in America, a phenomenon that won't take serious root until plane tickets become luxuries rather than conveniences. Beyond the airlines, I think people might be surprised to think that their future may not include Wal-Mart, and that their food world may condense, ruling out things such as sushi, but introducing things such as local organic fruit, vegetables and meat.

Is this pure speculation and fantasy or what kind of research did you do?

I consulted experts in a bevy of industries throughout the whole book, so this is not a random exercise, far from it. That said, it can be hard to forecast exactly at what gas price each change will happen. There are many unforeseen factors that can accelerate or forestall a certain change, such as government involvement in building high-speed train networks. If the government funds trains aggressively, change will be effected quicker, obviously. But I do feel that all of the changes represented in the book will happen eventually, whether they take place at gas prices of $10 per gallon or $12 per gallon.

So how scared should we be of the changes to come?

There is little to be scared of. The rising price of gas will unlock countless doors to innovation, opportunity and change.

Why does your book's subtitle say rising gas prices will change our lives "for the better"? How so?

We've grown used to engorging ourselves on the back of cheap oil and it has lead to all manners of problems. As the price of gas goes up, we'll live closer to work, school, eat healthier foods and even be skinnier and safer. The book profiles research that connects cheap oil to America's obesity rate and to the daunting numbers of people that die on our roadways. As the price of gas goes up to, say, $6, we'll save more than $30 billion on obesity-related diseases, 10,000 fewer people will die in car crashes and thousands of people will be spared heart attack deaths related to air pollution. Those kinds of effects will only be magnified as the price of gas rises further. And that's just a sampling of the benefits.

In what ways will rising gas prices improve our economy and job market?

America has lost much of its manufacturing mojo during the last 20 years. A green revolution, fueled by a search for alternative energies and technologies, could change that. Not only will there be need to produce things such as solar panels, electric cars, and new city infrastructure, but the power of globalization will be blunted by higher gasoline prices. The advantages of, say, making a computer in China decrease as the cost of fuel increases and the cost of transporting things all over the earth rises-that will lead to manufacturing jobs returning here, to home soil.

In what ways will the rising cost of gasoline boost innovation?

The innovation game is one that many people anticipate as oil's grip on the world ebbs. New technologies will be needed in all arenas that oil touches, including cars, trains, our homes, the plastic we use and the roads we drive on-and those are just a few examples. The opportunities for inventors in a world with less oil will be prolific.

What kind of places did you visit for your research and why was it necessary to visit them?

Good books need good stories, and it's hard to tell a good story from just talking to people over the phone, so I got out there and did things. I worked on an electric UPS truck in Manhattan for a day; I spent some time on a fishing boat hauling in Asian carp; I descended into one of New York's new train tunnels currently under construction; I rode our nation's fastest train to meet the Amtrak CEO in Washington. I'm not anointing my book or my stories as good--that's up to the reader--but creating an enriching storyline within a nonfiction book was my goal, so I'm hopeful I did that.

So now that we know this, what should we do in the here and now?

Preparing for the future isn't about buying the latest gadgets or the car with the best mileage. Those things help, of course, but they're mere pings in a coming cacophony. People who will do the least amount of adjusting in the future are those who already live more sustainable lives. Where you live largely determines how you live. Buying solar panels for a house at the far edge of the suburbs, for instance, won't alter how the future affects you. Moving to a walkable neighborhood where groceries, your kids' schools, your office or a train are all within several blocks-that's a change you'll profit from and a place where the future will be kinder.

It's such an interesting and scary trend to think about. Soon I think it's going to affect everything we do. Here's a link about this post contemplating how it'll affect the already insane way the web's got us connected...

This news blog contains
excerpts from other web pages.
Links to the source are contained
within each excerpt wherever possible.

Amazon.com links for any
purchase supports this site.
Thank you!!


"What can I do?"
Learn, Teach, and
Influence Leaders